With a few managers losing their jobs today and the combination of an FA Cup round and some international fixtures thinning out the domestic fixture list, it felt like a good time to refresh the scatter graphics. These compare the attacking and defensive performances of every team in a division. Each of the four graphics is explained briefly below and at length here. 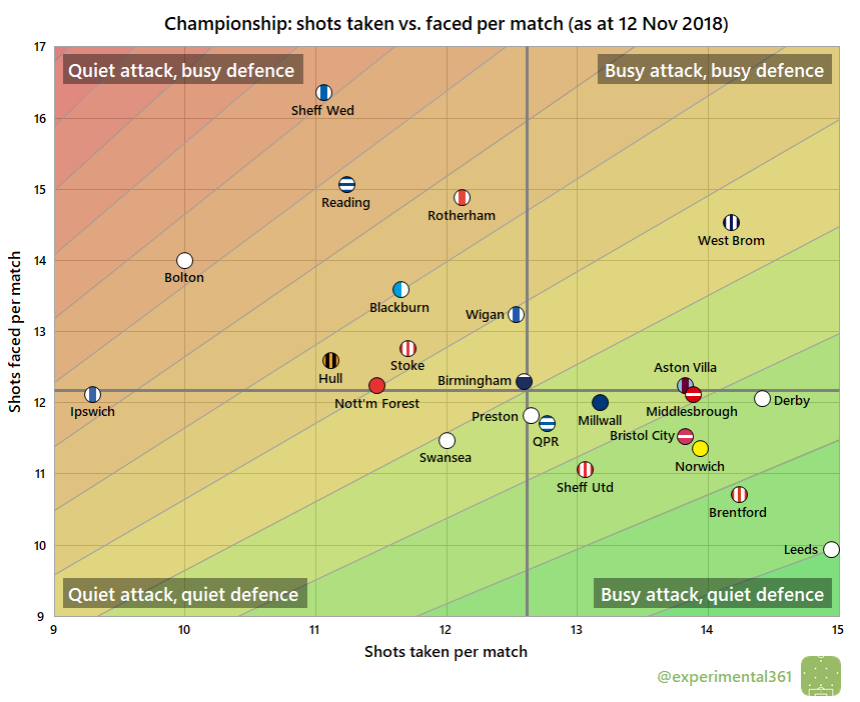 Leeds have the healthiest balance between shots taken and faced so far, while West Brom have seemed as potent in attack but at the expense of defensive solidity. Sheffield Wednesday have looked the most open at the back, while the lack of chances created by Ipswich and Bolton are concerning. 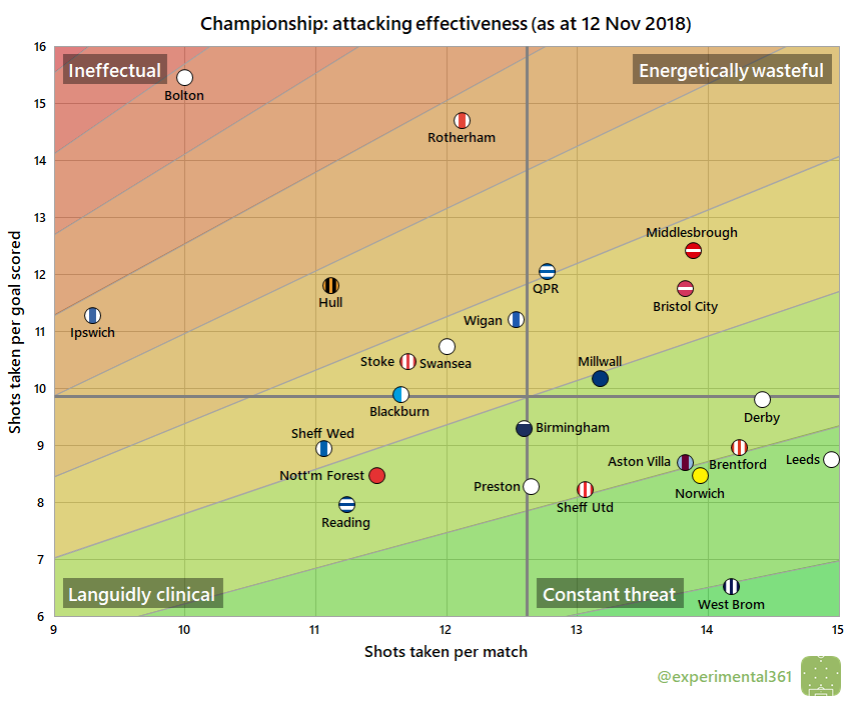 West Brom have been scoring for fun this season – not only have the Baggies created plenty of chances but they’ve also been the sharpest finishers by a decent margin. Both Middlesbrough and Bristol City have fared far worse from a similar number of chances, having needed around two more shots than the average team to find the net. 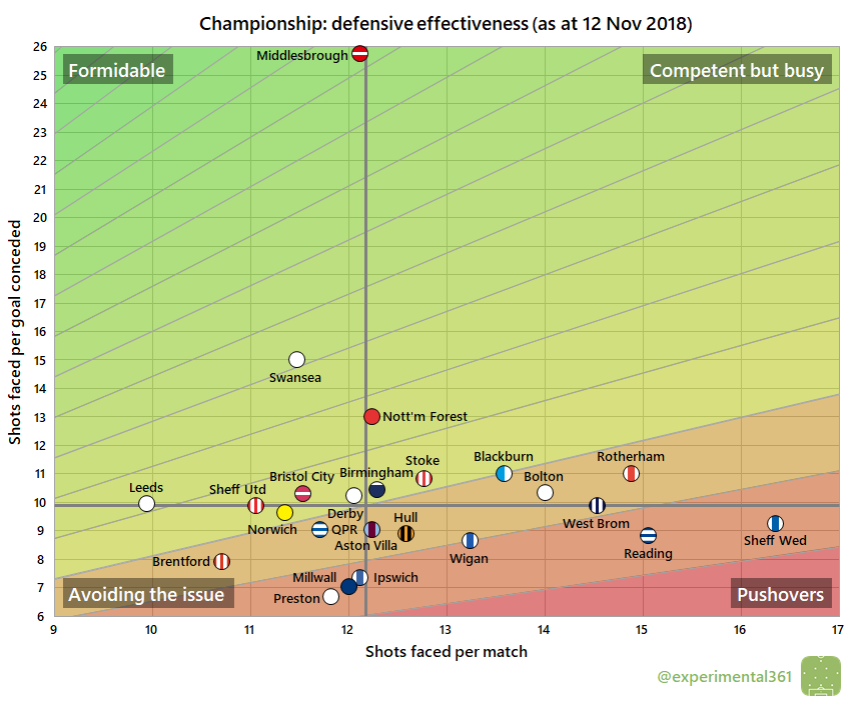 Middlesbrough’s attack may have been a bit wasteful, but they’ve made it incredibly difficult for opponents to score against them. They’re pretty much wrecking this graphic, having soaked up over 25 shots for each goal conceded when the average for the division is around 10, and making the impressively stubborn Swansea defence look relatively ordinary. Preston, Millwall and Ipswich have all been frustratingly leaky at the back despite allowing a relatively respectable number of chances. 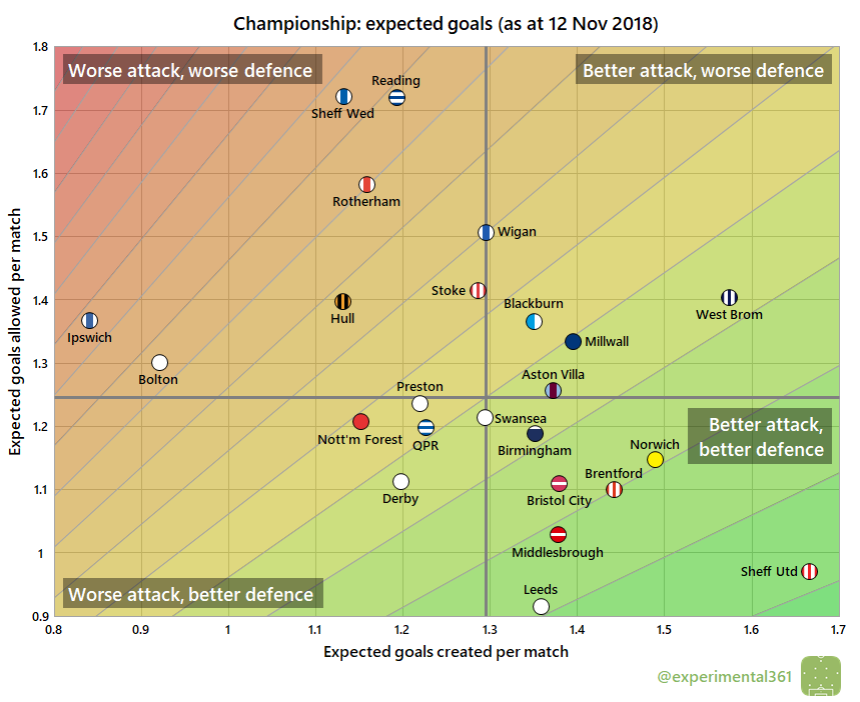 When we adjust for shot quality it’s Sheffield United to come out as the best all-round performers, although the strong defences of Leeds and Middlesbrough are keeping them in touch. Ipswich and Bolton badly need some additional guile up front, while Reading and Sheffield Wednesday’s problems are mainly at the back. Defence is also an area where West Brom could improve if they’re to sustain a promotion challenge.