These graphics are intended to give a quick visual overview of the age of players that each club has fielded in league matches using a technique very similar to “population pyramid” graphs, although I’ll freely admit that they’ve come out with shades of the Rorschach test (or as someone observed on Twitter, the Habitat lighting range). 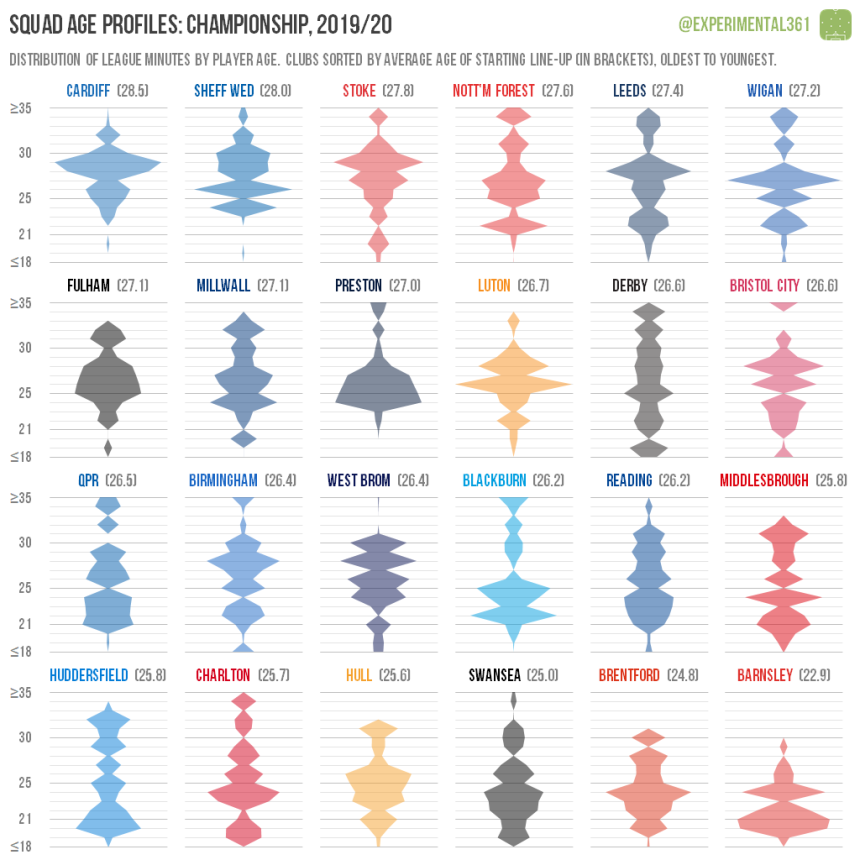 Cardiff have been putting out the oldest squads – comfortably north of 28 on average, which is half a year older than anyone else’s and over half a decade older than the youngest club Barnsley. The Tykes are the only team in the division not to call upon anybody in their thirties this season and 98% of their minutes have gone to players aged 27 and under.

Along with Cardiff, both Preston and Sheffield Wednesday have barely given any time to youngsters: less than 1% to players aged 21 or under.