What I’ve done below is to measure how long each club has spent in each of the three main “game states” – i.e. winning, drawing and losing. I’ve then converted these into percentages because I include added time, which means that every club will have a slightly different total number of minutes played. I’ve then ranked clubs by the difference between the share of time they’ve spent winning versus losing, which feels like the fairest way to do it (and also gives you the nice smooth graph below). 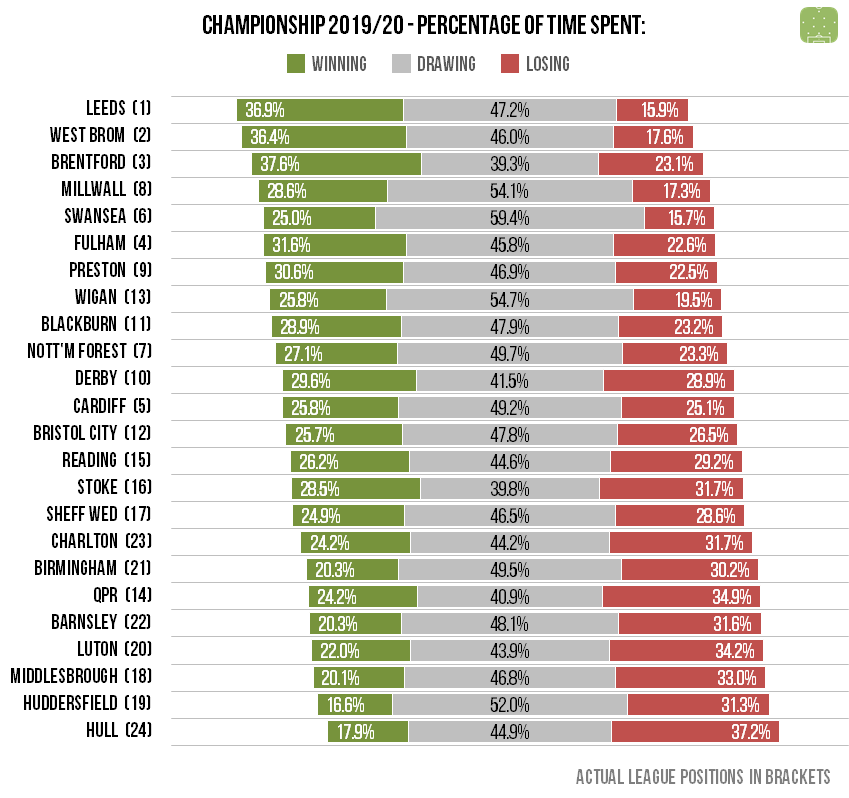 Millwall may have missed out on the play-offs but only the top three had a healthier balance of time spent winning versus losing on the pitch. Hull spent the greatest share of time losing by a fair margin but Huddersfield – who escaped the drop – spent the lowest percentage of their time in the lead. Swansea spent the smallest proportion of time trailing but the sheer amount of time they spent drawing means that they were only ahead for one minute in every four.