As is usual over the summer, I’ve been tracking how much each Premier League and EFL squad has changed since last season. It’s been three weeks since the first version, so I felt like it was worth an update.

I’ve harvested the data from the official retained lists, the BBC transfer page, Transfermarkt and a variety of Twitter sources, so hopefully I haven’t missed anything. You can see the all the data I’ve compiled in a Google Sheet here – please let me know via Twitter if you think I’ve gotten anything wrong.

Graphics for each division

There’s still plenty of time before the transfer window shuts, so I’ll look to update these once there have been enough changes (and I’ll keep the Google Sheet up-to-date in the meantime). 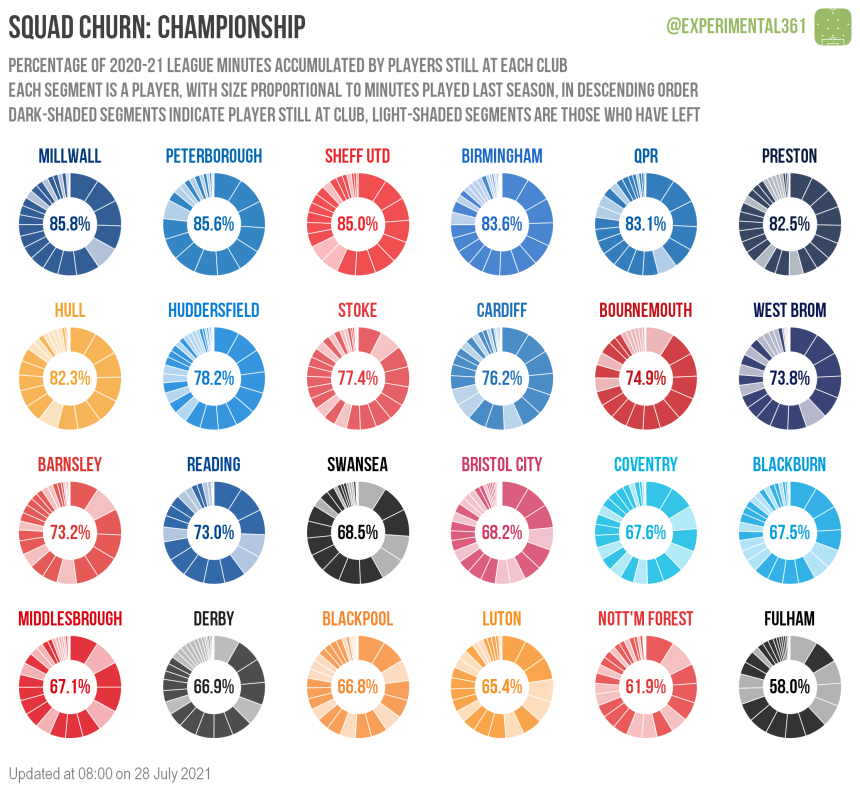 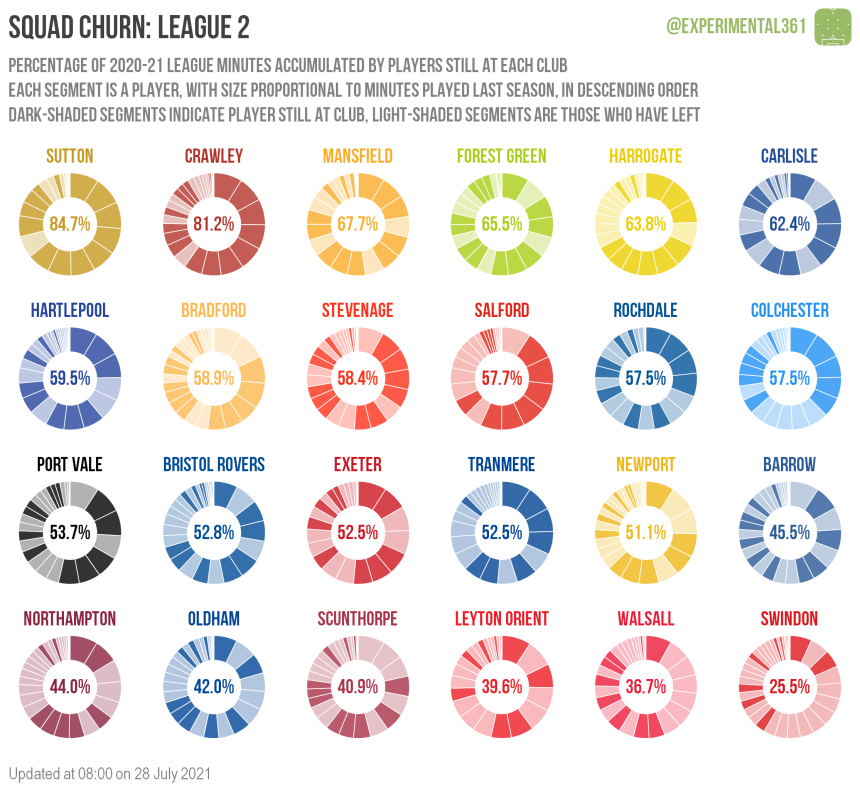